The University recognizes two young researchers for their outstanding work 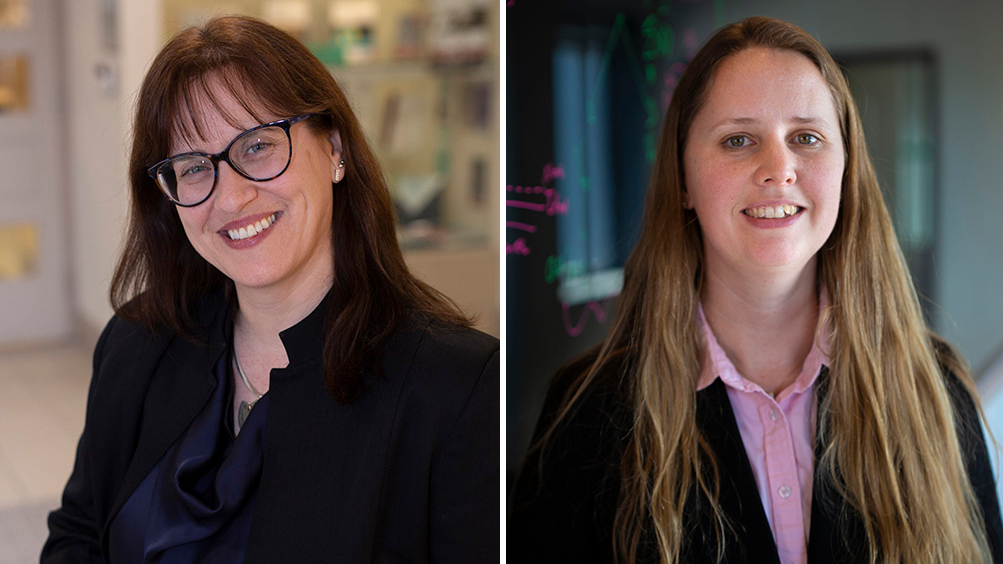 The University of Ottawa is pleased to announce that the Young Researcher of the Year Award has been granted to Beverly Baker, Director of Language Assessment and Associate Professor at the Official Languages and Bilingualism Institute (OLBI), and to Anne Broadbent, Associate Professor at the Faculty of Science and University Research Chair in Quantum Information Processing.

“Professors Beverly Baker and Anne Broadbent are receiving this award to underscore their outstanding achievements in research at the beginning of their careers,” said Sylvain Charbonneau, Vice-President, Research. “These two researchers have shown incredible creativity and innovation as they pushed the boundaries of knowledge in the areas of linguistics and mathematics.”

Second language testing can bring up very important issues. For instance, second language tests are an instrumental part of immigration and professional certification processes. However, these tests can have limitations. Professor Beverly Baker, leading world expert in language assessment and language teacher development, is a specialist in this field of research.

“The ethical, defendable use of language assessment tools, whether by teachers in the classroom or as part of a large-scale standardized decision-making process, such as university admissions and professional certification, is a passion of mine,” she said. “Supporting teachers in their professional development is another one of my areas of specialization.”

Professor Baker works with language learners and teachers in their own environments. She collaborated with nurses in Quebec to create a training tool to help them learn the necessary skills to communicate with their patients in English.

“I also worked with an Indigenous educator to document the remarkable way she evaluates her students’ Mi’gmaq language skills both in the classroom and out in the world as part of a nature-focused program. I am also working with Haitian teachers in a professional learning community to co-develop educational material that reflects their culture and reality,” said the researcher.

Information security in the era of quantum computing

Using an application to do your banking and saving pictures, documents and private images on the cloud have become common practice. However, these actions require users to place an almost blind trust in the information systems they use. With digital transactions becoming increasingly frequent, information security plays a critical role in protecting the personal data of users.

Professor Anne Broadbent, a world-class interdisciplinary researcher known for her brilliant work in mathematics, has been trying to find cryptosystems that draw on the theory of quantum information and cryptography, with a view to creating an advanced cryptosystem to achieve new levels of information security.

Generally speaking, current message encryption methods are not completely secure. For example, if someone intercepts a message and tries to decode it, that person might quickly succeed if using a computer that is equally or more powerful than the computer that originally encrypted the message.

With quantum computers, it is possible to send more secure messages. Quantum coding is at the basis of atomic information processing. Building on this, professor Anne Broadbent and her doctoral student, Sébastien Lord, have recently discovered a way to encode secret messages that prevents copies of the original message being stolen, making it impossible to decode.

The Young Researcher of the Year Award, granted by the Office of the Vice-President, Research, recognizes excellence in research and teaching in the social sciences and the pure and applied sciences. The award is accompanied by a $10,000 research grant.