Shaping research through an Inuit lens 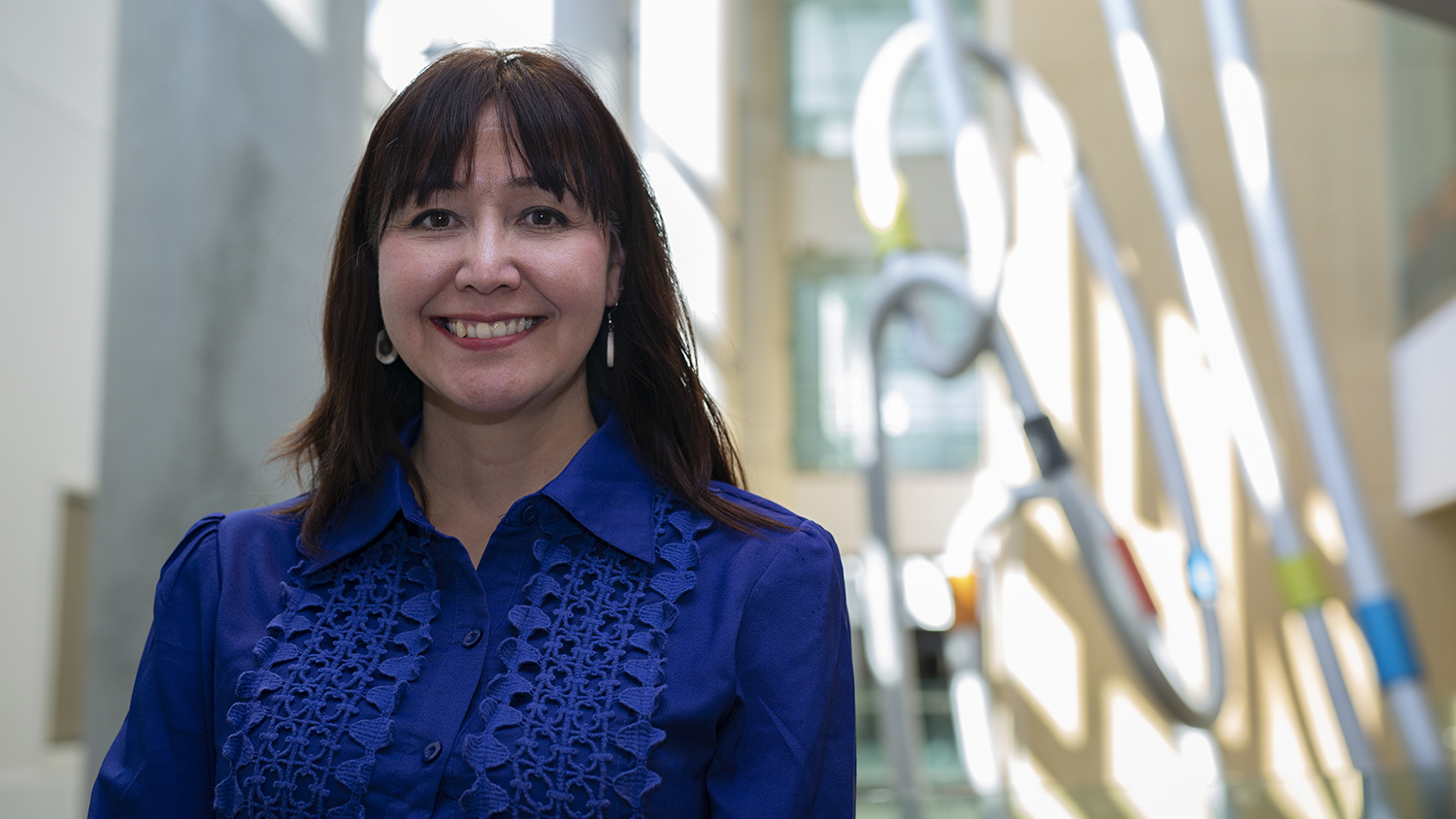 As a child, Heather Ochalski spent a lot of time out on the land with her mother near her hometown of Baker Lake, Nunavut. She learned how to observe and monitor weather and animal patterns, how to get from one place to another in various climatic conditions and how to hunt animals while respecting them.

“My mother was a residential school survivor. She had a lot of mistrust in schools and wasn’t able to support me in school,” recalls Ochalski, a master of arts in education student at the University of Ottawa. “My mom brought me up as a unilingual Inuk, born and raised on the land. She was concerned about what I was being taught in school and how it was taking time away from my Inuit knowledge and practices.

“But in the end, she said it was important for us to become familiar with Western ways in order to protect our knowledge and systems.”

Ochalski did not finish high school as a teenager. She obtained her high school equivalency diploma in her mid-twenties and later enrolled as a mature student at the University of Ottawa, where she completed a bachelor of arts in psychology. Her interest in education was sparked when she began working on the National Strategy on Inuit Education at Inuit Tapiriit Kanatami (ITK), an Ottawa-based national organization representing Canada’s 65,000 Inuit, where she is currently assistant director of the policy advancement department.

Ochalski says her educational journey made her realize the value of her mother’s teachings and fuelled a desire to have Inuit knowledge recognized by educational institutions. Indeed, Inuit self-determination in education and research was a key topic of discussion at the Inuit Graduate Student Winter Institute, which Ochalski facilitated recently at the University of Ottawa. Organized jointly by ITK and the University’s Centre for Research on Educational and Community Services (CRECS), it was the first such national gathering of Inuit graduate students, who came from across Canada and as far away as the United Kingdom.

The institute was an opportunity for the graduate students to network with their peers and to identify areas in which they can be better supported in their research, explains Ruth Kane, CRECS director.

One of the overarching goals is to improve educational outcomes for Inuit, who have the lowest graduation rates in the country. The 2016 census shows that only 47% of Inuit aged 25 to 64 have a high school diploma, postsecondary certificate, diploma or degree, compared to 89% of non-Inuit in the same age bracket.

As part of its national education strategy, ITK passed a resolution in 2018 to create an Inuit university within five years. ITK president Natan Obed, told the graduate students that such a university would be vital to self-determination in education and research, by offering courses through “an Inuit-specific lens,” training Inuit faculty and providing students with the knowledge and tools to influence how research is conducted in the Arctic.

“We’ve changed the map of Canada. We have self-government,” said Obed. “But for all the gains we’ve made, we’re still looking for equity within academic circles.” Building a network of Inuit graduate students to help frame Inuit research of the future is an important step in addressing that disparity.